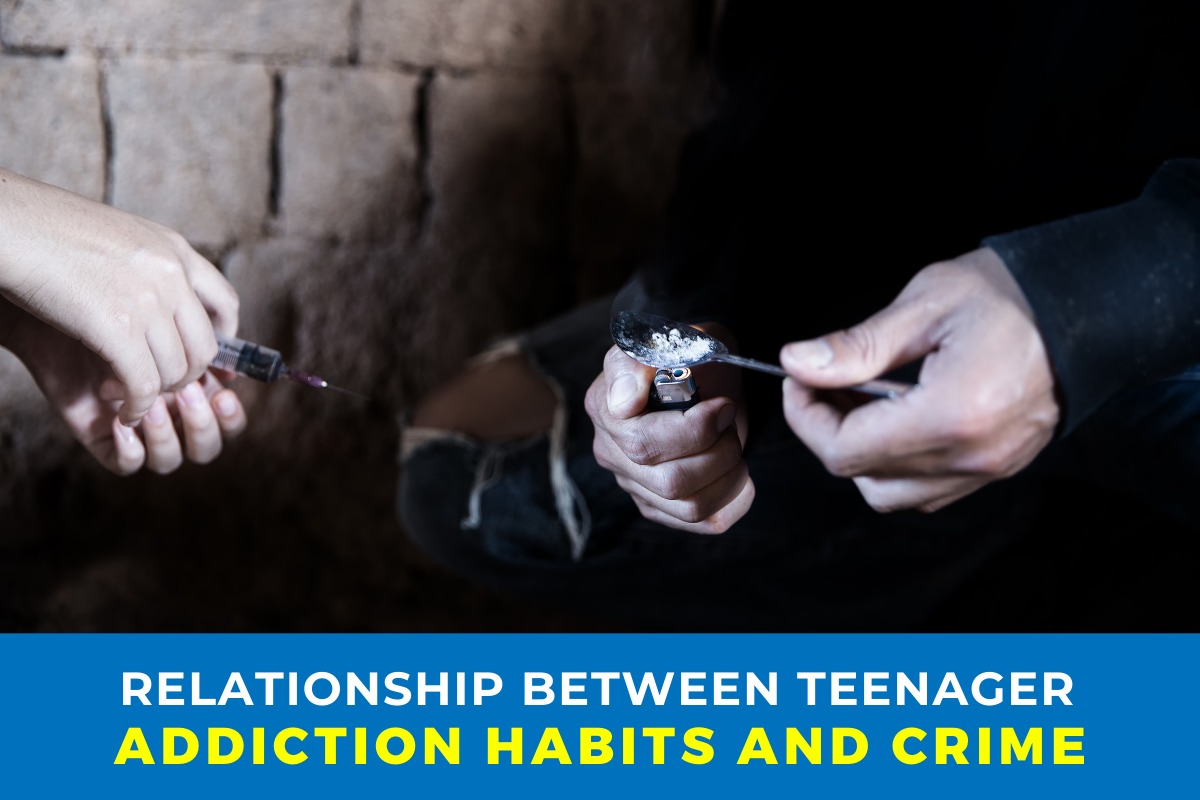 Alcohol is a major cause of concern to our society in general as it has been considered a criminal’s potion. Over drinking impairs the sense of judgment and moral responsibility which may also result in risks of aggression in general. Alcoholism and drug abuse are involved in major criminal cases all around the country, according to the specialists at Trucare Trust, one of the prime drug de-addiction centre in Pune.

The relationship between Teenager addiction habits and crime has been under the scrutiny of researchers for a long time. Due to the lack of control, the addict tends to not care too much about moral values and might also insight anger. Data points out the fact that there is a higher chance to commit a crime when drunk or if abused a substance. This effect may jeopardize our future as Criminal activities can make you serve in jail and so does the law. Rehab centres in Pune define certain roles of alcohol abuse and crime.

Offenses of all kinds ranging from public order offenses to assault are more likely. On average, around 40 percent of criminals who are caught for violent offenses were heavily drunk during the time of their crime. The majority of these criminals had a high blood alcohol content level which may have impaired their sense of judgment altogether at the time.

Trucare trust is an alcohol rehabilitation centre in Pune that has to experience in dealing with such Teenager addiction habits cases and they identify to the absence of critical thinking makes alcoholism the major risk factor. Now, the very obvious statistical association between alcohol and violence or involvement in any kind of violent act prompts towards the relation. But not all drinkers commit crime as this also depends on many factors and timely wisdom being a major part.

Although there is no such direct relation of drink to a violent act, there are multiple factors that might push you into that aggressive mode. Factors such as genetics, environmental, situational, social, and cultural determinants play a major role.

Rehab centres in Pune are always determinant in involving awareness programs in their curriculum so that the ill effects of alcoholism are highlighted. Trucare Trust is a prime drug de-addiction centre in Pune, believes that awareness is the best way to reduce alcoholism and further reduce crimes in society. Instead of only acting on the results, we must act on the total problem.

-Highlight crimes that have been committed under the influence of alcohol to those who are addict right now. Make them aware of the consequences and also the loss of self-control that the person might lose in certain situations.

-Situational possibilities of criminal acts can also affect. In this case, make sure you don’t deal with aggressive individuals or situations. Getting out of it would be the best way

-Rehab centres in Pune will help you through counseling that might help you get rid of alcohol or drug addiction altogether.

Trucare Trust, the finest Drug rehabilitation centre in Pune believes that drug addiction has a detrimental effect on health and even social relationships. The programs at our centre have helped many people live an addiction-free life. Do you know someone who might need help on similar lines? Act immediately and contact us.